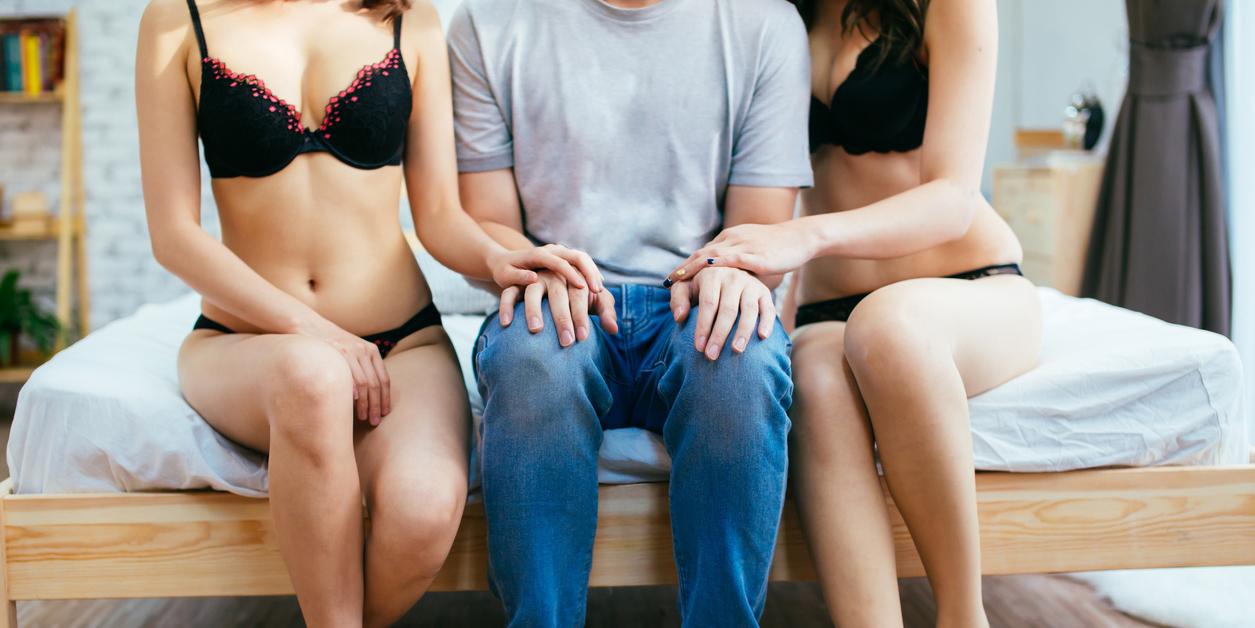 Am I a Cuck? My Story About Cuckolding

Not many people are eager to tell everyone how they got their hearts shattered and their self-esteem ruined. That’s generally something people (especially men) keep to themselves.

However, considering that my tale of cuckolding starts precisely that way, I think you must hear (or read) all the gory details.

Now, I know that some of you are complete novices in the world of cuckoldry. You have no idea what it is or what it does to a person. So, I’ll try to explain each term and action to the best of my ability.

Cuckolding is an act of watching your partner (your wife, usually) have sex with another man (the bull, as we call them). People use the term cuck to describe a man whose wife is (knowingly or unknowingly) cheating on him.

Of course, cuckolding doesn’t have limits when it comes to gender and sexual orientation. So cuckolding can be you watching your cheating husband having sex with another woman, dude, or anyone else on the gender/sexuality spectrum. 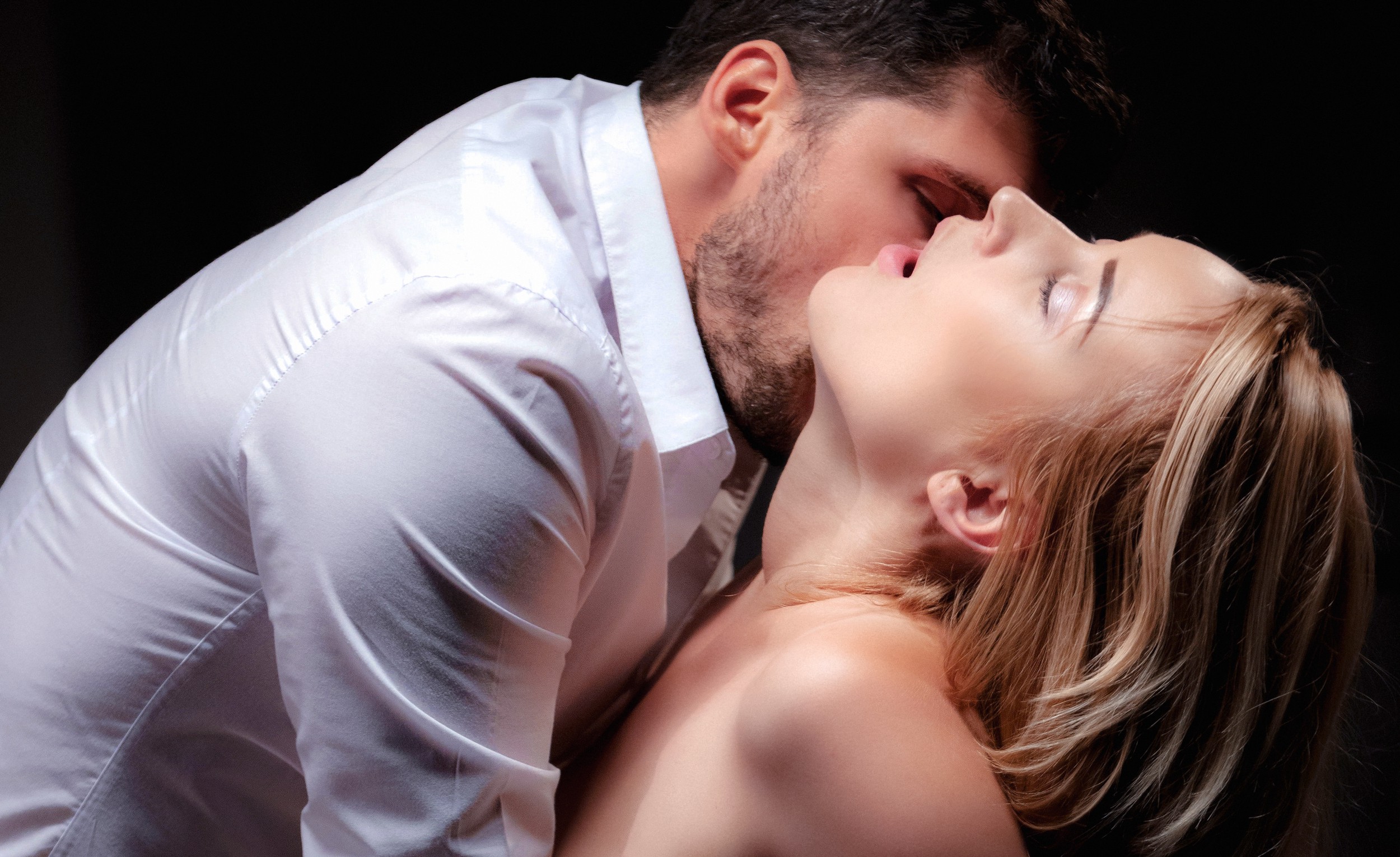 There you have it — now you know. However, it’s quite important for the story to know that I knew what cuckolding was back when this all happened. That’s just a bit of backstory that will give you a better understanding of how my utter and complete shock and disappointment made me contemplate my entire life(style).

Once Upon a Time…

So, I’ve been with my wife for just shy of five years. We’ve been married for three of those. She’s the love of my life and, even though I’m not exactly prone to romanticizing, I’m sure that we will grow old together. She’s my best friend and my better half, in every sense of the word.

I’m not someone who believes that humans are necessarily inherently monogamous. I’ve had my fair share of sexual encounters while being in casual relationships with other people. So, I do get the appeal of having multiple partners.

However, I am someone who believes in respecting your partner. I would never cheat on my wife simply because I find the act of cheating to be demeaning. Why do that when you can try to hash out the problems you have by talking about them?

Let me just say that the revelation that my wife was not of similar convictions was quite shocking.

…The Journey to Cuckolding Began

Given that we’ve been together for so long, my wife and I know each other quite well. I’m not one of those oblivious husbands who have no idea what their wives are thinking about (or, more importantly, doing).

If I do say so myself, I’m attentive and caring. So, I’m able to pick up on my wife’s mood changes quickly, and nine out of ten times, I notice them and do something about them.

Therefore, when I started suspecting that my wife was cheating on me, I was almost 100% certain that I was right. Still, I have to admit that I was in denial for quite a while.

I couldn’t imagine my partner having sex with someone else. My beautiful, attentive wife cheating on me? No way!

Yes way! Although I thought my wife and I had an entirely satisfactory sex life, apparently, that was not the case. Or, at least that wasn’t enough.

How I Caught My Wife Cheating… 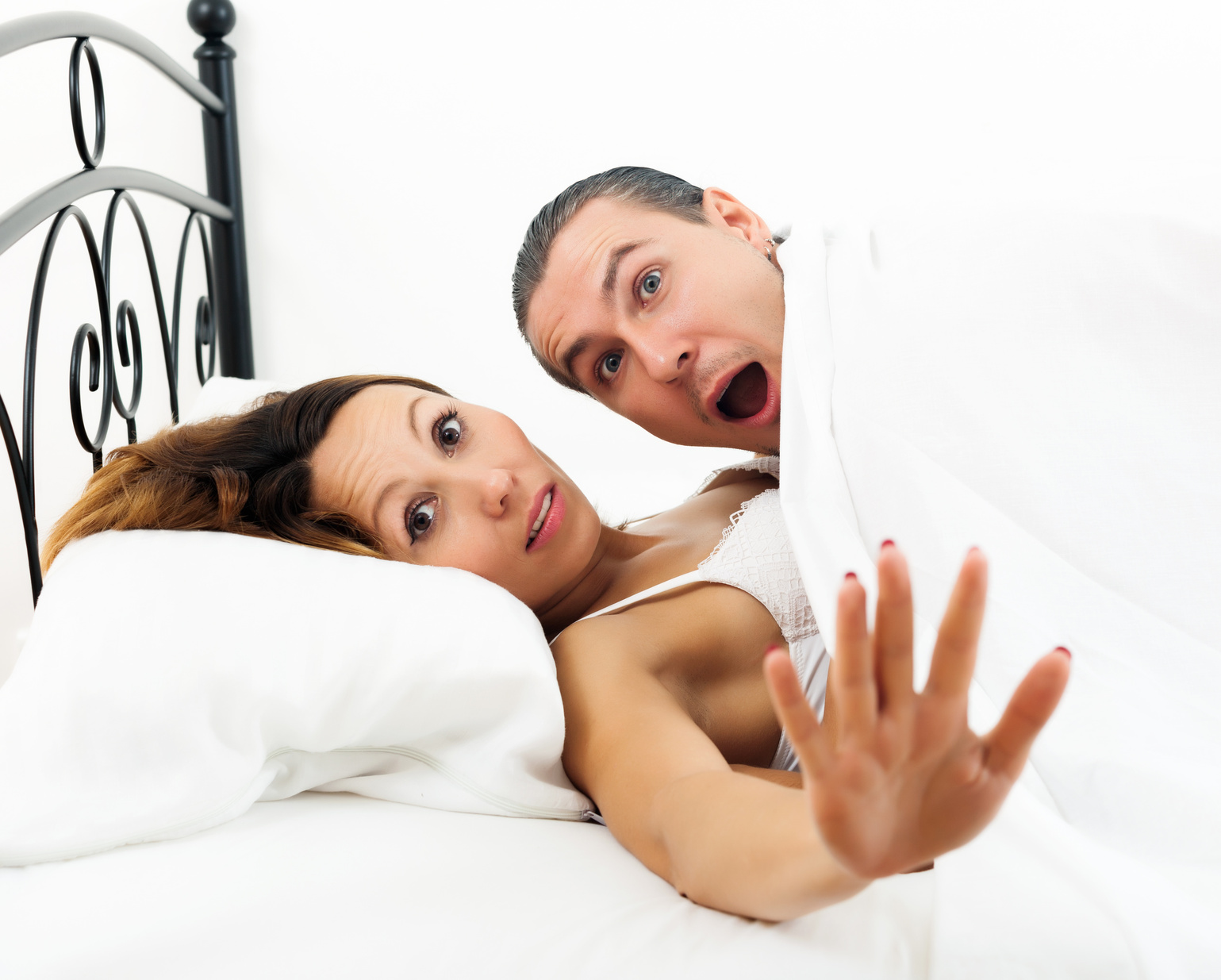 The thing about my wife and me is that we’re incredibly close. We share everything, even the gross, inappropriate thoughts and actions (yes, I’m talking about farting). We even know each other’s passwords for all our email addresses and social media accounts.

So, why she thought she wouldn’t get caught cheating is beyond me. However, she might have wanted to get caught. Considering the feelings that arose in me after I started suspecting her of infidelity, the thought that she wanted me to know was not only understandable but also comforting and supremely hot.

But, I’m getting ahead of myself.

My wife is incredibly good looking. Although I’m not too shabby either, it’s clear that she’s the hot one in our relationship. Therefore, I was aware from early on in our relationship that my hot wife (or, in the cuckolding community, a “hotwife”) will have offers from other people. I just never thought she’d act on them.

It all started a few months ago when her demeanor completely changed. She became more closed off and wasn’t that keen on being intimate. What’s more, she became a bit cruel in her behavior towards me.

That sounds bad, but it was subtle. Not harsh or brutal or anything like that. But it was a definite change. That’s when I started suspecting that she’s getting some on the side.

So, I started digging a bit. Not too much, but just enough to satisfy my curiosity.

…And Found It Incredibly Arousing

I found some messages that hashed out the details of meetings with men I didn’t know. It wasn’t definitive proof of her infidelity, but it was enough food for the worm of suspicion that was eating away at my mind.

I couldn’t stop picturing her with other men. Were they better than me? More endowed or better skilled in bed than me? Was our sex life lacking? Did those men satisfy her in ways I couldn’t?

While mulling these heartbreaking questions over and picturing my wife dirtying the metaphorical crisp white sheets of our marriage with other men, I got the strongest boner of my entire adult life. I also had the saddest, most confusing jack-off sesh ever.

As you can imagine, that left me shocked and baffled. How can I be so aroused when my entire life is crumbling around me? How can I even think of jerking off when I know the potential implications of my wife cheating? What’s more, why am I even finding this so arousing?

There are plenty of reasons why men love cuckolding. We love competing with other men. What’s more, we also love seeing our partners happy. Some of us (myself included) are naturally more submissive.

All of these reasons still sound valid to me. However, the reasons why weren’t my most important problem at that moment. The potential dissolution of my marriage was. 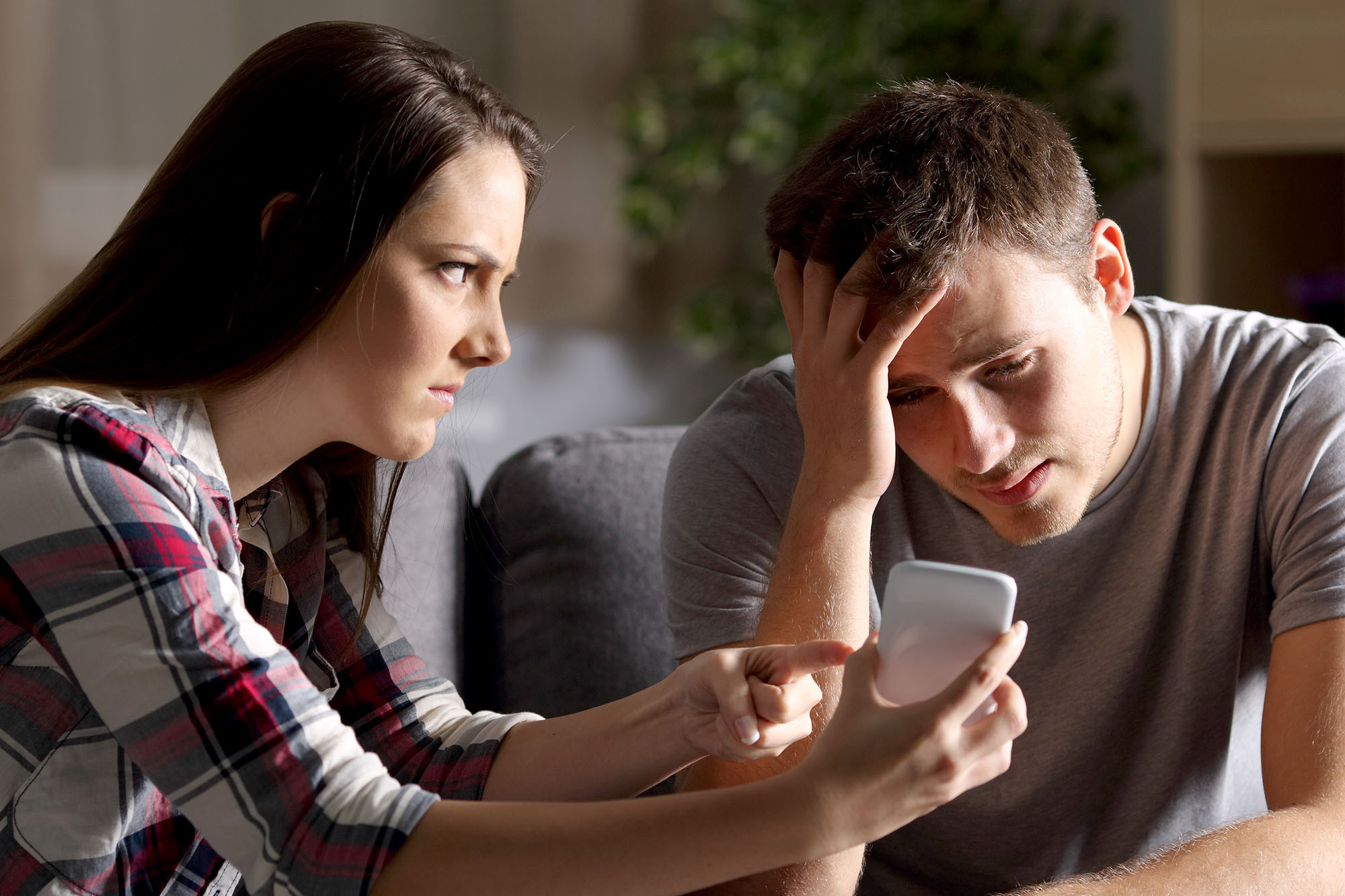 Naturally, I confronted my wife, and she denied everything. She had a convenient excuse for the messages and an alibi for every instance when I thought she was cheating. She also explained away her behavior with stress and other everyday problems.

It all made sense… on paper. We got over it, talked it out, and moved forward. But, as you can imagine, I’m still not convinced. What’s more, I’m not sure I want it to not be true.

So What Does This Mean?

So, here’s my current predicament — I’m not so sure what I want to do. I already know what cuckolding was. Judging by my clear arousal, I’m not that opposed to the idea. So, should I talk to my wife about it?

How do I even tell my wife that I’m aroused by the thought of her getting plowed by another man while I’m left helpless to watch? What if she finds that disgusting? What if she thinks I’m deranged and, therefore, no longer worthy of being her partner?

I know what cuckolding can do to a relationship. It can either make it flourish or perish. Sure, if she’s interested in cuckolding me, we could negotiate an arrangement that works for both of us.

Theoretically, she could have sex with bulls and get her rocks off both physically and psychologically (given that she knows I know and can get satisfaction from it), and I’d experience another one of those rock hard boners and the unparalleled arousal. But would our relationship survive that?

Only a loving relationship where both partners are sure of each other’s feelings and devotion can endure the potential implications of cuckolding. But, given that her cheating happened without my consent (or involvement) is that the case with us?

How Do I Move Forward?

Since my wife (potentially) cheating is arousing, I have to consider my options. Talking to her about it seems like the most reasonable option. I love her, and I’m not against her having sex with other people as long as I’m aware of it.

It’s also important to me that she involves me somehow. However, I’m not sure which way would be ideal.

Thinking about her with other men makes me incredibly hard. I don’t even have to imagine myself in the same room. Simply getting a play-by-play seems like the hottest thing on earth to me. But maybe watching it would be even better? I don’t know. Yet. What’s more, I’m not sure that I can get the answers to these questions on my own. So We need to talk about it.

My Plans for the Future

I want my wife to be happy. I don’t want a sad, loveless marriage. What’s more, I don’t want to have a marriage where sex is dull and unsatisfactory. So, I guess I just have to believe that our relationship is strong enough to survive anything and that our communication is honest enough (and effective enough) to handle the negotiations that will have to come before anything else.